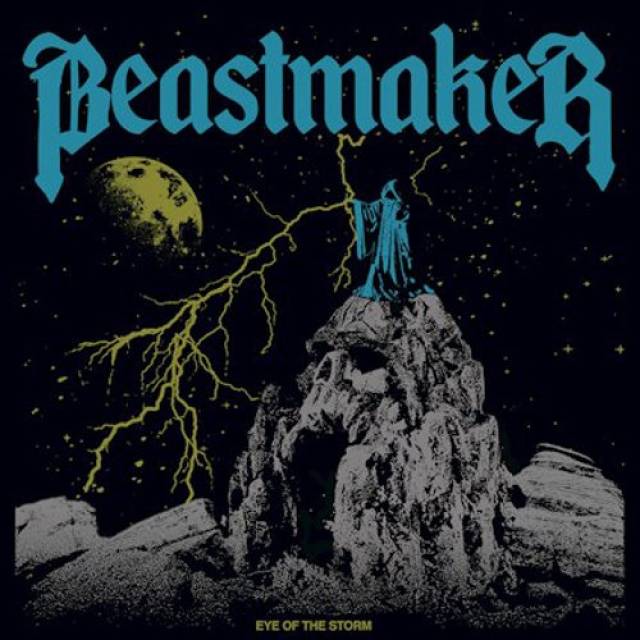 Shadow Kingdom Records is proud to present BEASTMAKER's final recording, Eye of the Storm, on CD, 12" vinyl, and cassette tape formats.
For the last five years, BEASTMAKER have been a whirlwind of feverish activity. From their self-titled debut demo in 2015 on to two critically acclaimed albums on Rise Above, then a staggering 11 self-released EPs during 2017 and 2018, BEASTMAKER simply could not be stopped: this power-trio of righteous doom did it their own way, because that's the only way.
Now, with vocalist/guitarist Trevor William Church and bassist John Tucker putting their focus on new trad-metal kings HAUNT, BEASTMAKER have decided to bow out gracefully with the aptly titled Eye of the Storm. Originally self-released digitally as per the band's staunchly DIY ways, Eye of the Storm is now seeing highly-demanded physical release via SHADOW KINGDOM, which is also the current label home of HAUNT. "To see the eye of the storm / I must be reborn," Church sings on the EP's title track, and it's an appropriately poignant sentiment: here on Eye of the Storm do BEASTMAKER suggest where they could've gone with their immediately identifiable sound, and indeed is it immense and icily so.
Alas, BEASTMAKER dies so that HAUNT can live, or so it would appear. But as an epitaph for BEASTMAKER, Eye of the Storm is as powerful 'n' punchy as it comes. REST IN POWER!