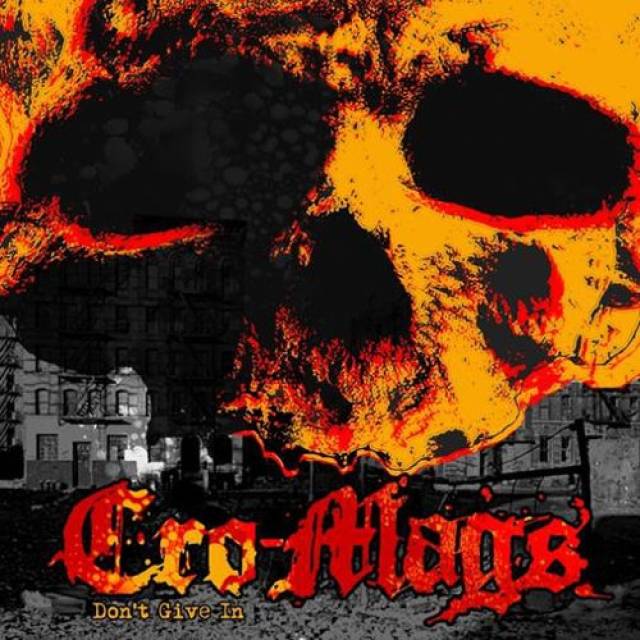 Victory Records is excited to announce the signing of hardcore icons CRO-MAGS, led by founder Harley Flanagan. The pioneering NYC band release a three track EP today featuring “Don’t Give In,” “Drag You Under” and “No One’s Victim” - the first new, official CRO-MAGS music since 2000’s ‘Revenge’ album.
CRO-MAGS feature Flanagan on lead vocals/bass, guitarists Gabby Abularach, Rocky George (Suicidal Tendencies, Fishbone), and drummer Garry "G-Man" Sullivan.
Flanagan explains, “In late 2018 I went in to the studio to start working on a new CRO-MAGS album. After recording the first few songs, I got a strange phone call in the middle of the night that turned out to be from Tony Brummel of Victory Records. I thought it was a prank call; it turned out not to be, and I worked out record deals with Victory and Arising Empire in Europe. One of the many things that make me happy about signing with Victory and Arising Empire is that they are genuinely fans of my music and know the history; they are not just labels trying to make money off us or the genre. I know that I am working with the best team, and the best musicians to launch the next era of CRO-MAGS.”
“When I was 14 I saw CRO-MAGS open for Venom at Cabaret Metro in Chicago,” tells Brummel. “90% of the crowd was metal heads. When the band got on stage the crowd started chanting “Skinheads Suck.” By the end of the set everyone was chanting “Cro-Mags!” I started Victory when I was 19 years old and CRO-MAGS were one of the bands that inspired me to do so. The new music is the real deal and I know fans of aggressive music will love it. I hope these songs bring the old school and the new school together - bonded by the music we love.”

More in this category: « REPENT SUGGILLATION »