Once again Feldkirch's avant-garde rocker‘s Mayfair are travelling in their seemingly limitless world of music and lyrics, releasing their sixth album "Frevel" (engl. “Sacrilege”) in their 30-year band career. And yet, everything seems different this time - not only because singer Mario finally uses his native language, German.
You can’t shake off the feeling that the four musicians have grown up or arrived - at least for the moment. Nevertheless, you can’t assign them to any genre musically and lyrically, they celebrate their status of extravagance in an impressive way.
Peculiarity is announced. The rhythm section is deeply rooted in the late 1970s rock. And so Roland "Jolly" Maehr on the drums and Martin "Medi" Mayer on bass are giving the whole thing an unusually groovy stamp. This offers guitarist rEnE unimagined possibilities. He’s bringing a good deal of hard rock into the musical play of the songs on the new album "Frevel". At the same time, he remains true to his peculiar style: "I realize that my style raises questions to the listener, perhaps even silencing him. But that's OK, because in the end, the interplay of vocals and guitar rounds off every song, rEnE explains, underscoring how deeply the musicians are rooted and interwoven in all their actions.
Whether live or in the studio: Bitter soft tones resonate through the room, on the one hand conjuring up almost scary scenes on the other hand bringing black humor and poignant musical journeys. Prog elements are a thing of the past. Mayfair shows with "Frevel" that even in today's music world it is still possible to create something completely new - without the intervention of technical tricks and much more.
Under the direction of ex-member and co-founder Little Konzett, the eleven songs were recorded at the Little Big Beat Studios in Eschen (FL) - live (!) In just three studio days. This explains, according to rEnE, probably the unbridled energy of the album: "The record sounds round, although the banks are very widely scattered. Picking a song as an example would be 'Frevel'." 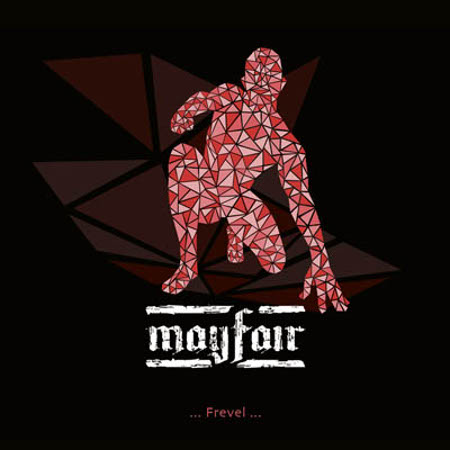 More in this category: « CAVE IN SUPERSONIC BLUES MACHINE »