Vancouver (BC) - progressive power thrashers  will release sophomore album "Blood Of The Infidel" on April 1st!

Rife with old-school influences, yet evolved with a modern sound, Blood of the Infidel blends with deftness traditional metal, thrash, and death metal, built on a foundation of penetrating melodies and progressive song structures. Vocalist Chris Valagao (ZIMMERS HOLE) has reached new heights here, ranging from thick death metal growls to the soaring notes of epic power metal, even adding the occasional harmony! Buttressed with shredding guitar solos, the album benefits as well from focused studio time that resulted in a crushing riff tone, sharp, sinewy bass lines, and a drum performance (studio only) by Vancouver brother Ash Pearson (REVOCATION, 3 INCHES OF BLOOD) that is as taut as it is tough.
Blood of the Infidel was produced, mixed and engineered by Rob Shallcross, and mastered by Greg Reely. Vocals, guitars, and bass were recorded at Infinity Studios in Victoria, BC, while drums were recorded at the legendary Armoury Studios in Vancouver.
The glorious album cover was crafted by band favorite Travis Smith, with album liner design/layout by Kevin Moore at Soft Surrogate.
West of Hell is a band that delivers a unique form of heavy metal with a wide range of influences from power, death and prog metal to thrash, groove and classic metal. Band members first connected in the mid-2000s in West Auckland, New Zealand. Andrew Hulme (drums), Ivan Vrdoljak (guitars), and Sean Parkinson (guitars) started practicing together and soon found a bassist in Jordan Kemp. As they honed their skills, they worked tirelessly on the sound they were striving for, and played several shows without a vocalist in their early days. After a number of years developing their songs and searching for the right vocalist, the decision was made to relocate as a group to a larger market.
In 2009, they moved to Vancouver, BC, Canada. Still in search of a vocalist, they continued to book gigs and perform as an instrumental act. This paid off later that same year, when the buzz around the local Vancouver scene led them to Chris ‘The Heathen’ Valagao, frontman of Zimmers Hole. With Valagao on board (vocals) and a complete set of songs ready to record, West of Hell enlisted Juno Award-winning engineer Rob Shallcross (Strapping Young Lad, GWAR, Zimmers Hole, Gene Hoglan, Fear Factory) to help them produce their debut album. Recorded at The Factory Studios in Vancouver, Spiral Empire was released in 2012 via Reversed Records, followed by a tour in New Zealand and extensive touring in Canada. Valagao, using his experience as a cinematographer and SPFX artist, produced and directed two music videos for the tracks “Faceless the Droids” and “Water of Sorcery.”
Although the members had hoped to progress as a band and remain based in Canada, unfortunately, it wasn’t viable for some. Ivan left the band in early 2011 and Andrew left in 2014, both returning to NZ. The band continued on through the next few years with various guitarists and drummers occupying the vacancies left by Vrdoljak and Hulme. Kris Schulz, a key figure in introducing the band to Valagao, was approached to join the band in 2014. His guitar playing and personality brought an exciting new twist to the band’s sound. With drummer Paul Drummond stepping in as a committed member, West of Hell has its strongest line-up to date. In conjunction with touring in support of sophomore album Blood of the Infidel, writing fresh new music for the band’s third album is well under way. The evolution of West of Hell’s sound continues! 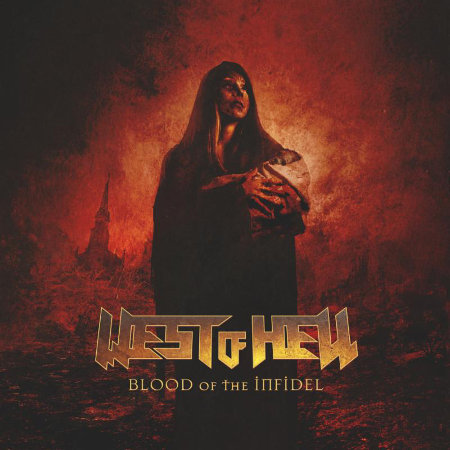