New album out on March 23rd!

Legendary singer Lance King, original voice behind PYRAMAZE, AVIAN, BALANCE OF POWER and GEMINI is releasing his second solo album 'ReProgram' in the style of heavy metal that he has properly labeled as 'Celestial Metal',  MARCH 29th is the new release date on Nightmare Records.
We are divided and torn by what we want to do and what we think we should to do. This is the ultimate struggle that every human being deals with during their lifetime. We all have the choice to take the road of conformity and compliance, or we can decide to live life to the fullest. We are often held back from our potential because of the many rules handed down to us, indoctrinated ideals of education, sexuality, gender, family, religion, and career.  People are usually tied to these rules on a deep level that often make no sense to them, but they prefer the comfort of feeling like they belong, to the often-lonely freedom of being the ones who live on their own terms. This is the internal and external struggle that Lance King wants to showcase with his music.
There is a constant dissonance in our lives, and ReProgram looks to find harmony in the dissonant world that we have created. An album for the seekers of truth, for the ones who carry the fire and never let it die. Think of ReProgram as fuel for the restless soul that constantly pounds within your chest. An aural expression infused in metal and forged out of the promise of freedom. That wild and unapologetic inner-self that never fails to remind you of the passion, the adventure and the journey of life. That human being that wants to break away from the mindless zombie herds following the MEME culture.
An album for the Jedi, for the spiritually charged, for the ones that never fade away. Metal that supercharges the mind and encourages the body.
“The single most powerful thing you can do, is unlearn the limiting beliefs you have accepted as truths in your youth. This frees you from the chains that bind, the chains of the subconscious mind.” -- Lance King
Produced by Lance King & Jacob Hansen (Volbeat, Evergrey, Epica, Amaranthe) 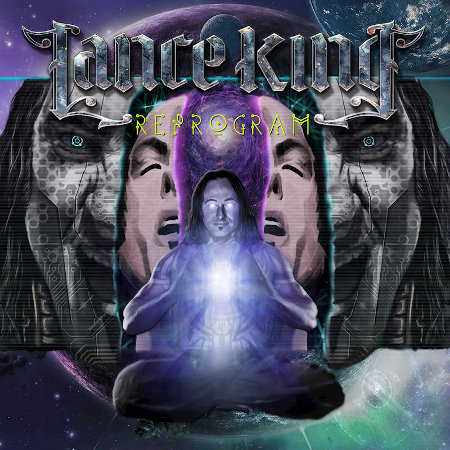