New album "The Frozen Throne" out on November 23rd!

Led by the charismatic vocalist Nicoletta Rosellini, Kalidia are finally back with their new album "The Frozen Throne", an impressive album filled with uplifting melodic power metal songs with a modern touch! Produced and mixed by Lars Rettkowitz [Freedom Call] and mastered by Achim Köhler [Primal Fear, Amon Amarth, Brainstorm].
The Italian melodic power metal band Kalidia was formed in 2010, released their first demo-EP in 2012, and started to play extensively around Italy. After receiving great response from both press and fans, the band independently released the debut album "Lies' Device" in 2014. The music video of the title track went viral, gaining over 900,000 views on YouTube.
Between 2014 and 2017 Kalidia continued touring Italy, Germany and the UK – sharing the stage with major acts like Rhapsody of Fire, Serenity, Cellar Darling, Ancient Bards, Vision Divine, Timo Tolkki, DGM and many more. Nicoletta Rosellini also became well-known for her guest appearance with Rhapsody Reunion and as guest singer for Overtures with whom she has been on stage at many European festivals like Gods of Metal, MetalDays, SpazioRock Festival and more.
Once the band started to write songs for the follow-up album to "Lies' Device" they felt that they had some great material in the works. During this period the band was contacted by Lars Rettkowitz [Freedom Call] who was interested in working with the band since he thought they were very promising. The band and Lars connected in a very good way and it turned out they shared the same visions for the direction of the band, so they agreed to work together and Lars ended up producing and mixing the album. Mastering was handled by Achim Köhler [Primal Fear, Amon Amarth, Brainstorm] and the artwork was created by Stan W Decker [Vanden Plas, Primal Fear].
Inspired by classic power metal bands like Rhapsody of Fire, Hammerfall and Stratovarius as well as new bands like Beast In Black, Kalidia have created an uplifting melodic power metal album with the roots in classic power metal with a modern and fresh touch. 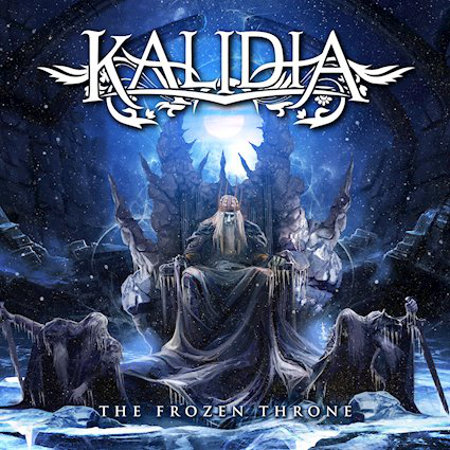