Hailing from Sweden, progressive metal greats Seventh Wonder are thrilled to be releasing their long in the making fifth studio album “Tiara”, their first batch of new material since “The Great Escape,” originally released in 2010. Having previously released via Frontiers the live album and long-form video, “Welcome to Atlanta” (recorded at the ProgPower Festival in 2014), the band is now ready to “unleash the beast”!
Says bassist Andreas Blomqvist, “It has been many years in the making, but it is finally done and we couldn’t be happier with it. Tiara is everything you have come to expect from Seventh Wonder, but I also hope there are some new flavors in there to keep it interesting. We really didn’t think too much about what sound we were going for, nor did we have to force it, it all came natural, albeit slow this time around…We are super proud of this album and we are so much looking forward to sharing it with you!”
Seventh Wonder was formed in 2000 by bass player Andreas Blomqvist, guitarist Johan Liefvendahl and drummer Johnny Sandin after their previous band fell apart. The music turned towards the progressive side of Metal and as the band was joined by keyboard player Andreas “Kyrt” Söderin in late 2000, the new sound was cemented further.
Two demos were recorded (2001 & 2003) and the latter caught the attention of label Lion Music, who signed the band in 2004. This collaboration spawned the first release of Seventh Wonder and ‘Become’ saw the light of day in June 2005.
“Become” was well received by the press and top scores were given everywhere. However, the band and singer Andi decided to part ways shortly after the recording process had ended and once more the search for a singer started once again… The brilliant Tommy Karevik (ex: Vindictiv and later chosen by Kamelot as Roy Kahn replacement) was spotted and he joined the band in 2005, actually prior to the release of “Become”.
The next album entitled ‘Waiting In The Wings’ was recorded in 2006 and was mixed and mastered by legendary Tommy Hansen. This being a huge leap forward in song complexity and maturity and received outstanding reviews all over the world.
2007 was spent playing live all over Europe, including sharing stage with great bands as Queensryche, Testament, Redemption and many others in England, Holland, Norway, Sweden and Denmark.
A sequel to ‘Waiting In The Wings’ was also written during 2007 and the band hit the studio in May 2008 to record the third full-length album entitled “Mercy Falls”, which was supported with live shows in several European countries such as Italy, Norway, Finland and Holland.
In 2010 the band released their latest album, “The Great Escape”. The band appeared live in the USA and Europe at the ProgPower Festival. One last change in the line-up saw Johnny Sandin leave, to be substituted by Stefan Norgren (ex: Lion´s Share). 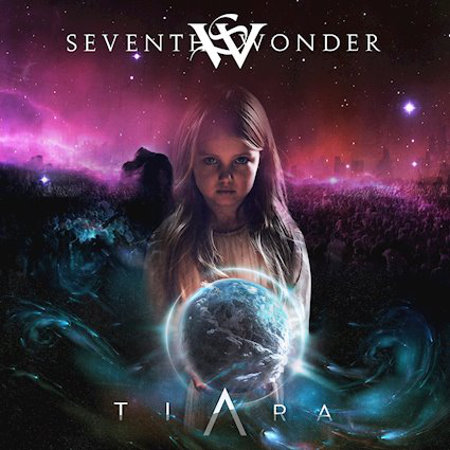 More in this category: « SADIST ARTILLERY »