Following extensive touring in support of their debut album Pulses Of Pleasure (2015) and follow-up EP In For The Kill, EVIL INVADERS went a step further capturing adrenaline and sheer energy on their most recent release Feed Me Violence.
Now they have added the cherry on the top with a very special 2 track 7’’ vinyl release for “Broken Dreams In Isolation”! The B-side is a cover track for “The Unholy” of Savatage! “Broken Dreams In Isolation” is without a doubt the song that stands out the most of EVIL INVADER’s entire repertoire so far.
The band gives further insight and explains: “We wanted to release this track as a single a while ago, but since we weren’t entirely satisfied with the overall sound of our latest album ‘Feed Me Violence’ we thought ‘Broken Dreams In Isolation’ deserved better, so we re-recorded, re-mixed it and had it mastered at Fascination Street Studios (Arch Enemy, Kreator, Behemoth,…) to give the track the sound it deserves. The result definitely took our sound to a higher level and we hope people will really hear the difference between the previous version and the new one."
Apart from the music, the lyrics of this song tell a slightly “deeper” story than most of their lyrics, so the band decided to shoot a special music video for this one. No band performance this time, but some darker stuff with some really cool story lines. “Coming up with a cool concept was a real challenge, but very exciting to be part of!” adds singer Joe. 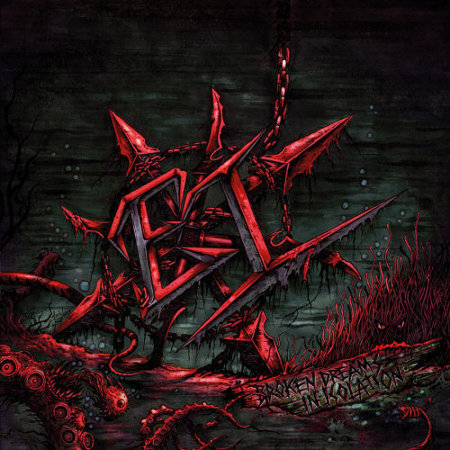