Chicago's own masters of doom THE SKULL - featuring former vocalist Eric Wagner and bassist Ron Holzner of the metal legends Trouble - will release their sophomore full-length, The Endless Road Turns Dark through Tee Pee Records this Autumn.
Following on from the band's 2014 debut For Those Which Are Asleep, which received widespread critical acclaim, The Endless Road Turns Dark promises classic Sabbathian groove with a splash of psychedelia to create wonderfully moody yet crushing riffs. More than a mere throwback, this record is the work of a band that respects their fans, understands their own history, and still has their ears open to the current doom metal landscape. A wicked exercise in heavy metal majesty, The Endless Road Turns Dark plays like a natural extension of the musicians exemplary work during their 20-plus years with Trouble and cements THE SKULL as modern day doom metal royalty. 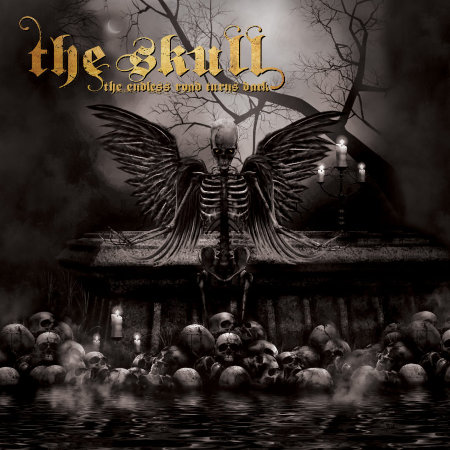