With Devouring Radiant Light, their fifth full-length album for Prosthetic Records, an American heavy metal institution, SKELETONWITCH have succeeded where many have failed: they have reformulated their sound mid-career with dizzyingly triumphant results. Since their inception, Skeletonwitch have been known for blending and bending metal subgenres. The members’ collective love of Judas Priest, classic-era Metallica and Immortal has always been worn on their sleeves and remains evident. However, it’s the band’s blacker leanings that have shifted to the forefront and altered the tenor of the through line on this latest offering.
Grasping the blackened thread of “White Light” that revealed itself on their 2016 EP, The Apothic Gloom (the band’s first recording with vocalist Adam Clemans), Skeletonwitch has emerged with the eight-song, searing, soaring, burning statement of purpose: Devouring Radiant Light. The record demonstrates a band coalescing both compositionally and conceptually. Three of the eight tracks on “Devouring Radiant Light” hover near the seven minute mark and a fourth nearly reaches nine minutes. This is a band cultivating new ambition.
While black metal has always been a recognizable component of the Skeletonwitch DNA, Devouring Radiant Light sees the band crashing headlong into the subgenre like never before. And where Skeletonwitch previously ran its output through a Second Wave Black Metal filter, Devouring incorporates a strong atmospheric influence. Bergtatt-era Ulver and Cascadian black metal lineage are palpable. From ethereal intros to tremolo sky-ride leads Devouring is draped and adorned with the musical lexicon of black metal. But the expansion of influence does not stop there.
Nathan Garnette and Scott Hedrick are still co-captaining the dual-guitar stratospheric charge but they’ve dramatically expanded their palette. Celestial crunch that evokes post-metal pioneers, Isis? Check. Gothic doom passages à la Paradise Lost? Check. High-flying Åkerfeldt-ian solos slingshotting over mountains of undulating progressive rhythms? Check. The foundation for this sonic structure is the thunderous drumming and the effortless bass work of Evan Linger who possesses some of the strongest 4-string chops of any player in heavy music.
And then there’s vocalist Adam Clemans. Equal parts Tompa Lindberg fury and Jacob Bannon punk rage, Clemans’ creative intensity and sense of purpose fueled the band’s new musical trajectory which surfaced on The Apothic Gloom. His organic writing lends the band a newfound gravitas and his vocal performance is nothing short of epic.
Originally hailing from Ohio, Skeletonwitch were cheekily dubbed the Sons of Midwestern Darkness in their early days. That nom de guerre now applies in spirit only as the band’s members span the Coasts. This separation forced the band to transcend geography, crafting and refining the material digitally from a distance.
Like the previous full-length, this album was recorded by Converge guitarist and engineering deity Kurt Ballou (High on Fire, Kvelertak, Dillinger Escape Plan) at GodCity Studio in Salem, Massachusetts. The band’s rapport with Ballou provided the familiarity necessary to embrace uncharted creative territory. Melodeath genre architect Fredrik Nordström (Opeth, At the Gates) mixed the album at Studio Fredman in Gothenburg, Sweden to massive results. The record was mastered by Brad Boatright of metallic hardcore greats From Ashes Rise at Audiosiege Engineering in Portland, Oregon.
Devouring Radiant Light is black metal. It is thrash metal. It is death metal. It is prog metal. It is doom metal. It is HEAVY METAL. Skeletonwitch have successfully ushered in a new era landing on “Sacred Soil.” 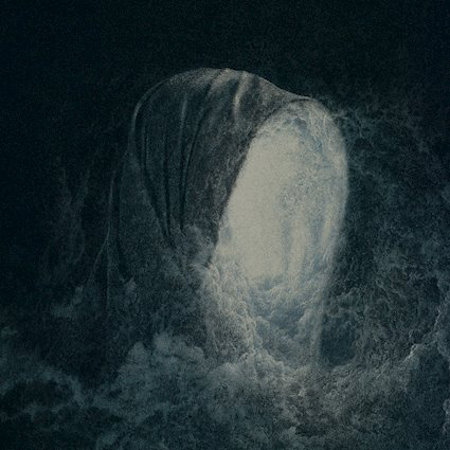