One of the most innovative and prestigious bands in modern symphonic metal, heavy icons KAMELOT are thrilled to announce the upcoming release of their most introspective, uplifting, vital release to date - their first full-length in five years, 2023’s aptly titled The Awakening, via Napalm Records.
Having reigned supreme with the release of internationally top-charting melodic metal pinnacles such as The Fourth Legacy (1999), The Black Halo (2005), Silverthorn (2012), Haven (2015, #1 US Hard Rock Albums), and most recently 2018’s acclaimed The Shadow Theory (#2 US Hard Music Albums), The Awakening enters the KAMELOT legacy as their most massive and diverse offering yet - mixing symphonic, gothic, melodic, progressive and power metal styles while yielding some of the heaviest tracks in the band's history.
KAMELOT is one of few bands in the symphonic genre to fully embrace the dark, but of course, there can be no light without it. Inspiring, engaging lyrical themes of determination, strength, overcoming personal battles and growth are abound on The Awakening, provoked by extreme societal shifts and the overwhelming realization that we have such a brief time to be true to ourselves and live life to its fullest.
With crystal clear modern production helmed by the band and longtime producer Sascha Paeth, plus mixing and mastering by Jacob Hansen of Hansen Studios, KAMELOT’s score-like 13th studio album is accented by guest contributions from the likes of Melissa Bonny (Ad Infinitum) and renowned instrumentalists like violinist Florian Janoske and Grammy nominated, soundtrack-featured cellist Tina Guo.
KAMELOT guitarist Thomas Youngblood says: "With The Awakening, we have one of our most diverse albums in years. We've fused elements from progressive, power and gothic metal to symphonic and melodic metal on this one. Working with incredible guest artists from around the music industry and having producer Sascha Paeth and Jacob Hansen mixing gave us another step up on overall sound. This album offers everything to KAMELOT fans and also reaches beyond borders to new metal and hard rock legions.”
Showcasing the incomparable, stage-seasoned vocal acrobatics of Tommy Karevik and increasingly airtight, renowned technical teamwork of guitarist Thomas Youngblood, drummer Alex Landenburg, keyboardist Oliver Palotai and bassist Sean Tibbetts, The Awakening embraces enlivening themes that every listener can relate to. KAMELOT’s intense brand of ultramodern gothic and symphonic theatricality is amplified further and with more emotionality than ever on this inspiring, anticipated addition to the KAMELOT legacy.
Tracks honoring KAMELOT trademarks like cinematic “The Great Divide” and darkly hopeful eternal farewell to a loved one, “Eventide”, prove that while The Awakening stays true to the aural foundations fans have embraced for decades, equally-addictive outputs like “One More Flag in the Ground” - a radio-ready anthem about overcoming seemingly unbeatable illness and the mental challenges we all face, featuring additional vocal layers from JUNO Award winning musician and producer Brian Howes - showcase a band devoid of sonic stagnancy. Profound compositions are plentiful, like stage-ready, operatic “Opus of the Night (Ghost Requiem)”, which features a hair-raising dual solo from guitarist Thomas Youngblood and guest cellist Tina Guo, as well as epic, synth-laden “New Babylon”, elevated by the dynamic vocal attack of frontman Tommy Karevik and Ad Infinitum’s Melissa Bonny. Further balancing darkness with light, grooving, heartfelt “NightSky” and ode to conquering one’s adversities “My Pantheon (Forevermore)” boast some of the album’s heaviest moments and most complex guitar solos, while pensive hymns such as Celtic-infused “Midsummer’s Eve” and ebbing-and-flowing hymn of cherished memories “Willow” provide necessary balance to an album fittingly primed for spectacular performances to come. 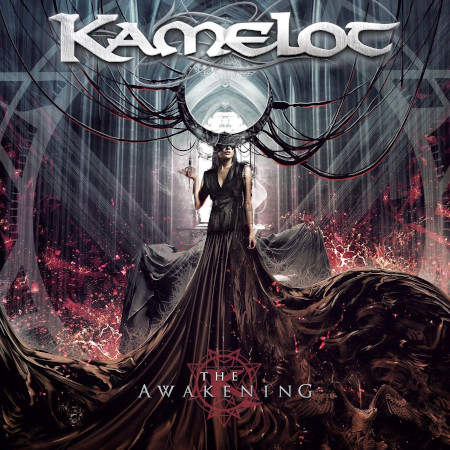