Setting off into a new era, metal greats DELAIN have recently returned with a new line up, impressively proving that they are stronger than any machine with their standalone single “The Quest and The Curse”. Fuelled by massive support and enthusiasm all around the globe, the multi-million streaming leading outfit now finally sets the stage for their eagerly awaited next studio album via Napalm Records.
Emerging as a brand new start and safe haven alike, Dark Waters, without any doubt, continues the legacy of the brainchild of keyboardist, founder and main songwriter Martijn Westerholt and contains everything DELAIN is loved for and more: A sonic rollercoaster ride of catchy tunes with explosive elements - ranging from pop to film score-inspired to blistering room shaking metal.
Along with Martijn Westerholt, original guitarist Ronald Landa and original drummer Sander Zoer bolster DELAIN’S continuity, while new members - Diana Leah and bassist Ludovico Cioffi - continue to evolve their sound. Songs like the aforementioned standalone single, as well as “The Cold” (the latter featuring a real, epic choir), lure with a bombastic sound that skilfully combines orchestral melodies, epic heavy riffs and marvellous vocal performances. DELAIN magnificently manages to never lose touch with their characteristic sound, making them a constant without ever standing still. Pop-induced opening track “Hideaway Paradise” shows exactly that by inducing a dream-like feeling flirting with melodic metal guitars, while the ballad-like dark track “Mirror of Night”, featuring Within Temptation guitarist Ruud Jolie, entices the listener with unfathomably catchy lines and melodies. “Queen of Shadow” merges the orchestral and synth-focused soundscapes DELAIN is known for as it weaves melodic heavy guitars that intertwine with orchestral lines and vocal melodies. “Tainted Hearts” is centred around Westerholt's keyboard arrangements, which skilfully showcase the creative roots of the mastermind. “Invictus” is nothing less than the Magnum Opus of the album - a rock opera in its own right with heavy riffing, choirs and vocal parts performed by Diana Leah, Paolo Ribaldini and Marko Hietala (ex-Nightwish), ending in a bombastic climax where everything comes together.
Martijn Westerholt adds: “This album captures all elements DELAIN is known for – our distinctive heavy guitar riffs, massive orchestral parts, both heavy metal and pop vocals, rock opera vibes along with 80s synth sounds. In short, this is definitely a recognizable DELAIN album that contains classic ‘DELAIN elements’ while also moving forward with fresh influences.”
DELAIN have been sharing their signature catchy melodic sound worldwide for over two decades now! Enchanting fans with their most famous hits like “We Are the Others” or “April Rain”, the rockers gained millions of Spotify streams and video views. With six albums already under their belt, DELAIN charted multiple times with well-known records like Apocalypse & Chill and Hunter’s Moon. The band travelled around the globe with acts like Sabaton, Nightwish and Within Temptation, topped by various shows at the biggest European festivals like Wacken, Graspop, Download and many more. Without any doubt, DELAIN have carved their name in the scene and are ready to start this exciting next voyage. 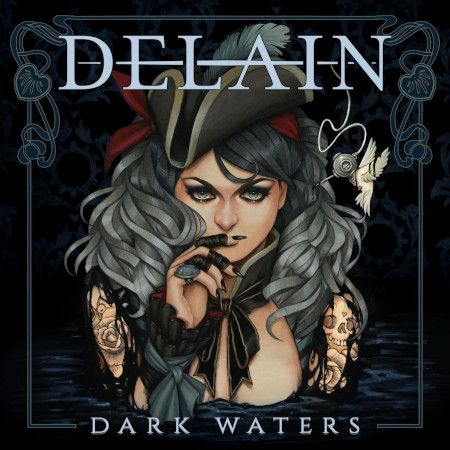 Rate this item
(0 votes)
Tweet
More in this category: « POWERWOLF NANOWAR OF STEEL »