New album “Thus Always To Tyrants” out on December 9th!

“Thus Always to Tyrants” is also the band’s first “true” concept album and the tracklisting follows the story in chronological order. The story is that of King Evagoras, the ruler of the Kingdom of Salamis in Cyprus. Frontman Nicholas Leptos and the band’s driving force comments:
“We decided to address a great moment in the history of our country, Cyprus, and tell the tale of King Evagoras (one of the most important figures in Cypriot history). He was the ruler of the Kingdom of Salamis (not to be confused with the island of Salamis in Greece) and a brave warrior, politician and admirer of Hellenistic culture at the time (end of 5th century B.C. to beginning of 4th century B.C.).
The chronicle covers the origins of the story, the King’s life, death, wars, achievements and a short aftermath. There will be Usurpers, there will be Persians, there will be Spartans, battles and sieges, there will be blood!”
“Thus Always to Tyrants” has been recorded at Take Away Studios, produced by Slava Selin. Mixed and mastered at Domination Studio in San Marino by Simone Mularoni. The artwork is by Giannis Nakos of Remedy Art Design. 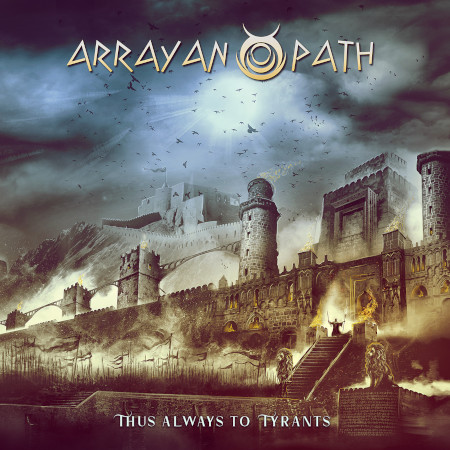