New album "From Womb To Tomb" out on August 19th!

Louisiana Music Hall Of Fame inductees Lillian Axe have been releasing top quality hard rock albums since bursting onto the scene back in 1988 with their acclaimed debut album on MCA Records. 2022 sees the band back in top form, with a recent celebrated anthology release "Psalms For Eternity", high profile live festival dates Stateside, along with an upcoming UK headlining tour, Lillian Axe are in for one of their biggest years in some time.
The new album "From Womb To Tomb" is sure to please long-time fans and impress many newcomers with its superb songcraft and first-rate musicianship.
The band has an ongoing rabid cult fanbase worldwide.
Guitarist and songwriter Steve Blaze adds the following: "I believe the basic idea behind the creation of "From Womb to Tomb" has been in my head for many years. The time just needed to be right to express it. This album is a different type of concept record, whereas it does not contain a story-based theme. Rather, it is a timeline from the birth of a child to the ascension of the soul, with each song emphasizing a specific time of one's life and the lessons learned therein. These observations are based on my life and the witnessing of the growth and development of the human condition through my eyes. The wonderful part is that these life experiences seem to exist in each and every one of us, even though the paths and events may greatly differ. This is the most emotional and powerful music I have ever written, and by the reactions of the few people close to me who I have played it for, it will hit a deep and resounding chord with all those who hear it. I ask one thing: listen from the start to finish in solitude, with no distractions, as if you are reading a book or watching a movie. It is not a collection of 16 individual, nonrelated pieces. But instead, it is a complete work of highs and lows, colors and shades, and emotional fluctuations. It will take you through the light of our greatness and the darkness of our failures. The band performed with beautiful power and grace, and I feel it is our best achievement to date."
Lillian Axe are starting their support of the album with a full UK tour in August, their first there since 1993. 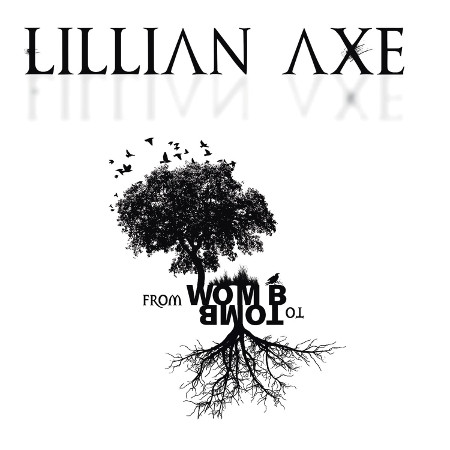