The Last International Playboys are releasing their first full album “Who shot Roy?”, following to their debut E.P. “Foreplay”. In December 1981 the legendary comic-book hero Roy Race of the Rovers was shot by an unknown gunman. Not only his life was in jeopardy but thousands of readers were also in agony, worrying for their beloved hero who represented more than a comic-book character. Kids and not only, all over the world were daydreaming through Roy. Forty years later the Last International Playboys still wonder: “Who shot Roy? Who shot our dreams? Who shot our hopes? Who shot the child inside of us?”. We still don’t know the answer to the first question. As for the rest, every single one of us has his own cross to bear.
“Who shot Roy?” features ten tracks, blending a wide range of sounds and emotions. A journey from haunting introversion to hopeful joy. Occasionally the band blink at the vintage sound of the 60’s, but the urban atmosphere of today is most of the times present. 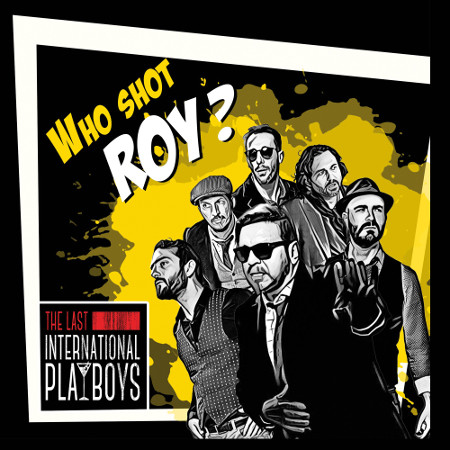