Under the guidance of legendary frontman Steve Sylvester, Italian horror metal masters DEATH SS return with "Ten", a new observation on death and darkness. With their tenth full-length album, out via Lucifer Rising Records, DEATH SS keep offering their own personal blend of horror metal: esoteric, occult music where spontaneity and attitude are the most important values.
The album's ten tracks orchestrate a sinister mass of sinful abandon full of creepy tales, gloomy stories with somewhat funny twists. It will make the listeners quiver and shiver, with a grin on the face.

"X", the number ten in the Roman numerical system, chosen to name this album, is not a random title.
The number Ten symbolizes perfection, as well as the cancellation of all things.
10 = (1 + 0) = 1, illustrates the eternal starting over.
Ten is the total of the first four numbers (and in our case the first four Albums / Seals) and therefore contains within itself the entirety of the universal and artistic principles contained in each of them.
It corresponds to the Pythagorean Tetraktys which, together with Seven (the total number of musical / magical seals of our pact), is considered the most important number, as it is formed by the sum of the first four (1 + 2 + 3 + 4 = 10), thus expressing the totality, the fulfillment, the final realization…! The number 10 is divine because it is perfect, as it brings together in a new unity all the principles expressed in the numbers (or albums) from one to nine.
Esoterically the symbolism of the decade represents the perfection relative to the circular space-time, or the divine immanence.
Ten indicates the change that allows the initiate to evolve, grow and rise spiritually.
It is the symbol of the totality of the represented reality.
From a religious point of view it recalls the number of commandments that God entrusted to Moses on Mount Sinai.
It contains the Unity that made everything and zero, a symbol of matter and of the Chaos from which everything came out.
It therefore includes in its likeness the created and the non-created, the beginning and the end, the power and the strength, the life and the nothingness.
There are also ten circles, the Sefiroth of the Tree of Life.
In the Tarot the number Ten, which in the Major Arcana corresponds to the Wheel of Fortune (Arcane X) and to Judgment (Arcanum XX), represents the end of a cycle of experiences and heralds a new beginning.
Finally in Dante's Inferno, the tenth canto takes place in the sixth circle, in the city of Dite, where heretics are punished, that is, the rebels, the free spirits intolerant of Dogma, those who choose to take themselves out of the ordinary way, to which this work is dedicated. 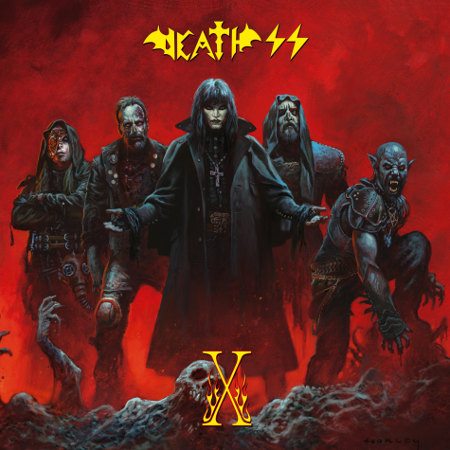