"Wired" sees the Swedish quartet delivering some of the best songs of their career. It’s a much needed uplifting monster of an album in the aftermath of the pandemic age.
"All over the world, people have coped with this mess in their own way. Our way was focusing on the good times ahead, which we believe comes through in the songs we wrote. Good thing we didn't know how long it was gonna take when we started, or we would have ended up writing a rock opera.That's probably best left to others..." says the band of the album.
Over the last few years, Eclipse have performed to audiences around the globe, including the U.S, Japan, Australia and Europe and have opened for giants like Aerosmith and the Scorpions. Their albums have amassed millions of streams and charted in several European countries. With the momentum of their last studio album "Paradigm" propelling them, “Wired" promises to push them even further up the rock 'n roll mountain.
"Ironically enough, after Paradigm we said that we were gonna try to release music more frequently. But, here we are pretty much two years later. Again. Although this time through no fault of our own. But we wrote songs that we wanted to play live and we can't wait to finally get back at it. Buckle up people, it's party time!" concludes the band. 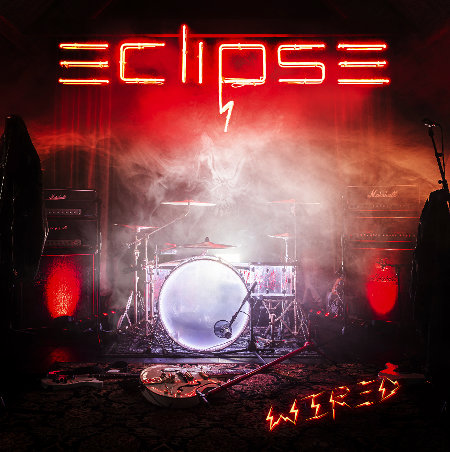