Debut album "Decadence And Decay" out on May 28th!

The album cover was conceived and illustrated by noted fantasy artist Gerald Brom, whose work has ubiquitous in the worlds of role-playing games, comic books and video games, including “Magic: The Gathering” and “World of Warcraft”. His distinctive visual style complements the epic aura generated by the band’s three guitar-fueled heavy metal power.
“Decadence and Decay” – the follow-up to the band’s 2018 acclaimed debut EP, “Becoming A Demon” – builds upon the thrilling combination of heavy metal hooks and guitar-driven virtuosity displayed by the US band on their earlier effort. Highlights include “Resistance 2029” – which features a guest appearance by guitarist Andy La Rocque (King Diamond). 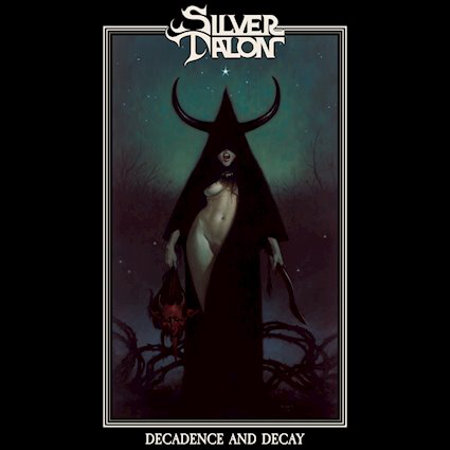