Right in time for Christmas, symphonic/melodic shooting stars BEYOND THE BLACK are gifting their fans with a really special treat: their new EP, W:O:A Acoustic Clash - The Lockdown Session.
The W:O:A Acoustic Clash began as a bet between BEYOND THE BLACK and Thomas Jensen (Wacken Open Air): In the course of 48 hours, the quartet had to arrange and record acoustic cover versions of four different all-time rock and metal favorites, chosen by the Wacken community. Each song is now being presented by the band via both the Wacken and BEYOND THE BLACK YouTube channels every Advent Sunday as a world premiere via FULL METAL GAMING’s Twitch live stream and on BEYOND THE BLACK’S YouTube channel afterwards. The symphonic combo already covered SABATON’s “To Hell and Back", VOLBEAT’s “A Warriors Call” and DISTURBED's "Down With The Sickness".
As the successor to their chart-breaking studio album Hørizøns (GER #3), Symphonic and Melodic firestarters BEYOND THE BLACK have conjured up a special gift for their fans: The W.O.A Acoustic Clash - The Lockdown Session, digitally available December 18 via Napalm Records.
In an undeniably hard year for festivals and the entire music industry, Wacken Open Air challenged BEYOND THE BLACK to cover four songs, chosen by their fans and presented on every Advent Sunday. All tracks now culminate in an extraordinary EP featuring four covers of undeniable rock and metal hits, presented in a stunning yet tranquil manner: SABATON’s “To Hell and Back”, DISTURBED’s “Down With The Sickness”, VOLBEAT’s “A Warrior’s Call” and last but not least, “The Trooper” by IRON MAIDEN are dipped in a new light. Jennifer Haben’s remarkable, bold voice weaves throughout every cover version and elevates them to genuine, unique stunners.  The soft, acoustic cover versions of these all-time mainstays showcase the band’s musical talent whilst also emphasizing their soft and melodious side. Better be ready for another spark of their multifaceted universe! 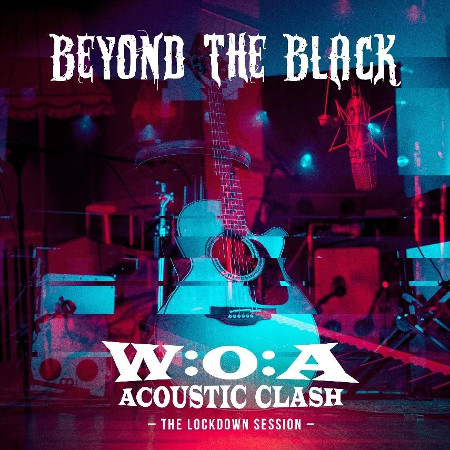