New album "Norchestrion: A Song For The End" out on January 12th!

Greece’s leading prog metal group NEED return with their long-awaited fifth album, Norchestrion: a song for the end on January 12th, 2021. Norchestrion follows the band’s critically acclaimed LP Hegaiamas: a song for freedom,' and is another step-up, by far the band’s most ambitious and adventurous album to date.
Throughout Norchestrion’s 66-minute run-time, fans will see NEED experiment with new elements, whilst maintaining the characteristics that have – in their fifteen years of existence – made them one of Greece’s most fêted rock groups.
The touring cycle of Hegaiamas resulted in an impressive 72 shows worldwide, including a 24-date run across the USA and Canada, and then a 22-date EU run, both with Sweden’s Evergrey. NEED also performed at the 20th Anniversary Edition of ProgPower Europe (Netherlands) and SoundArt Fest (Romania). The band also supported Fates Warning, Pain of Salvation, and Coroner in Greece, and undertook multiple headline tours across their home country and throughout Eastern Europe – including headlining Prog Over Athens in late 2017.
Elements of the best of modern melodic prog and powerful symphonic metal combine to create a thrilling and highly rewarding listen in Norchestrion: a song for the end. Elements of Dream Theater, Pain of Salvation, and Nevermore can be heard, all while remaining uniquely NEED. 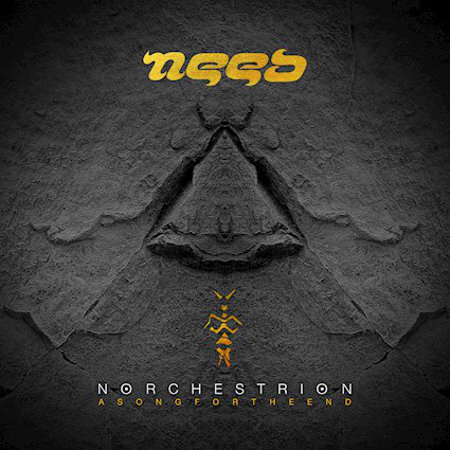 More in this category: « MOONSPELL EVERGREY »