New album "Under A Godless Veil" out on October 30th!

Hauntingly doom spirit covers the world underneath a melancholic, Godless Veil!
Almost five years after the release of their latest long-player Sovran, DRACONIAN cast their engulfing veil of melancholy over the world once again and announce the release of their new epos, Under A Godless Veil, out October 30, 2020 via Napalm Records.
The upcoming full-length delivers a captivating mélange of dreary doom and contrasting vocals and is already the second offer featuring the stunning singer Heike Langhans: The mix of Heike’s angelic, female voice and Anders Jacobsson's thrilling death growls will drag the listener into a sorrowful cosmos. Already the first notes of the opener will draw you into the void of interweaving beauty, coalescing with paralyzing depression that leaves nothing but the desire of total immersion in the whole record. Under A Godless Veil carries the legacy of gothic doom metal à la My Dying Bride into a new decade of the genre.
DRACONIAN states: „To us, Under A Godless Veil is by far the most diverse album we have created. Inspired by some of the music closest to Johan’s heart; everything from traditional Doom to scaled-down, Gothic rock-inspired pieces and more. Some will perhaps describe the songs as more refined and meditative. Some ambient elements have been added to the mix without overshadowing the traditional characteristics that are DRACONIAN.
Resonating with the compositions, Anders’s lyrical direction is ambiguous and a progression of the first two-three albums, yet more subtle while embracing the Gnostic philosophy more directly. One could say Under A Godless  Veil is an act of contemplation; About living and dying and remembering who we are in a strange, abrasive world far from home.“ 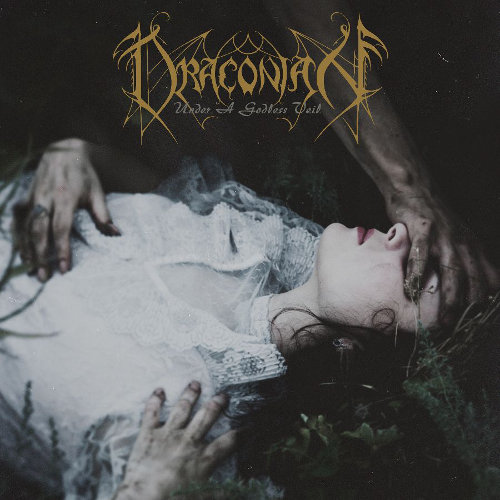