The wait is over! Following the release of their two latest singles, “Burning Bridges” and “One Second”, Napalm Records is pleased to announce details regarding the new dystopian masterpiece by Dutch symphonic hard rock/metal pioneers DELAIN. Their newest full-length offering, Apocalypse & Chill, features an electrifying blend of heavy rock and metal influences, and marks a new chapter in the band’s evolving catalog.
Apocalypse & Chill – out February 7, 2020 – explores topics of impending doom and human indifference, making this their boldest, most daring and undeniable offering yet. Brutal riffs, synth-heavy patterns and fully orchestrated compositions accented by vocalist Charlotte Wessels’ extraordinary vocal potency will enthrall the listener, while new influences may surprise. The broad soundscape on Apocalypse & Chill ranges from anthemic rock to electronic metal and breaks all stereotypes, without losing the special DELAIN trademarks.
DELAIN on Apocalypse & Chill: “We think this Apocalypse & Chill will surprise our listeners. It is heavy with new influences and we’re really curious to find out how our audience will respond to that.”
DELAIN surged into the music scene in 2006 with the release of their first album, Lucidity. Now, in 2019, the band has five successful releases – including the hit album Moonbathers which ranked in the Top 20 in the Netherlands, Germany and Switzerland, as well as Top 50 in the UK and Belgium – under their belts and continues to enchant fans the world over. Having toured the world as headliners, as well as supporting artists for notable bands like Sabaton and Nightwish, and having rocked festivals like Wacken Open Air and Download Festival, DELAIN have strongly carved their niche within the scene. Their single “Stardust” off of their chart-breaking album The Human Contradiction – with over 10 million views on YouTube and millions of streams on streaming platforms from all over the world – proves that theory, as well! 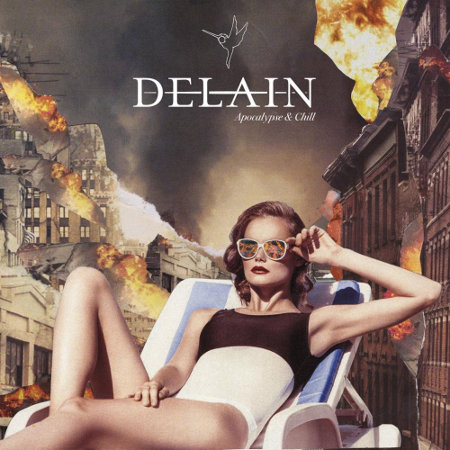